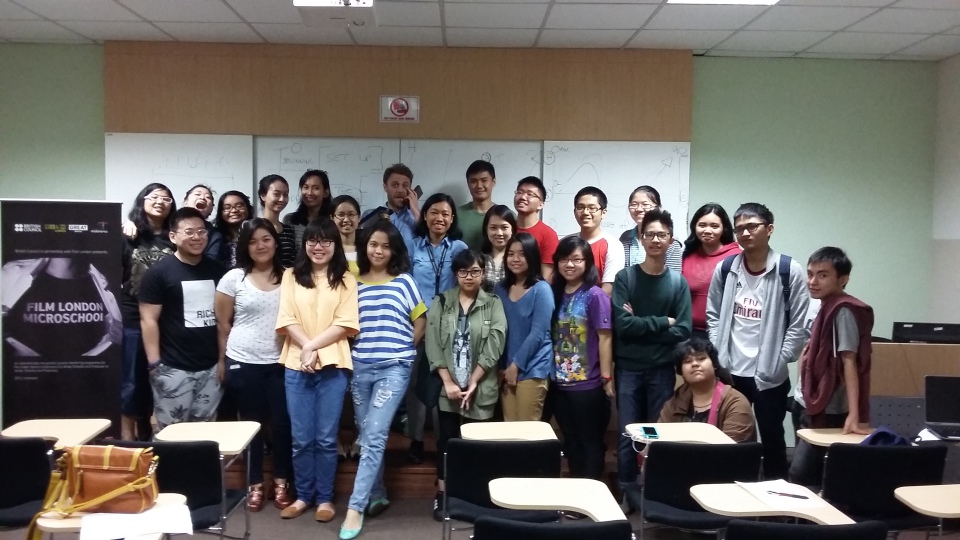 As part of British Council’s Film London Microschool 2015 event, BINUS Film Faculties, Lecturers, and Students were invited to attend a private guest lecture session by Paul Fraser, a well-known British filmmaker, who covered a topic of “Creating Conflicts and Tensions in Short-Film Scripts”. 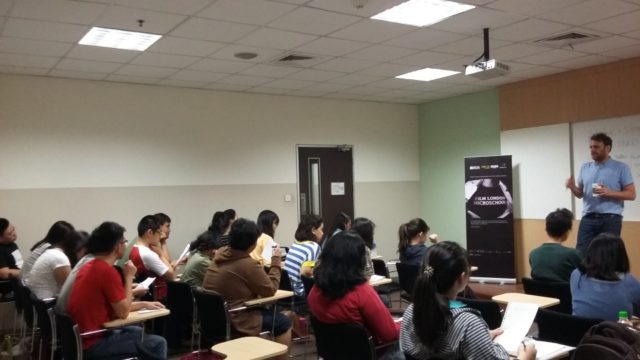 During this session, the students learned how to make good scenes in a script. They also needed to do an interacting exercise of making chained-stories together with all of the other participants. 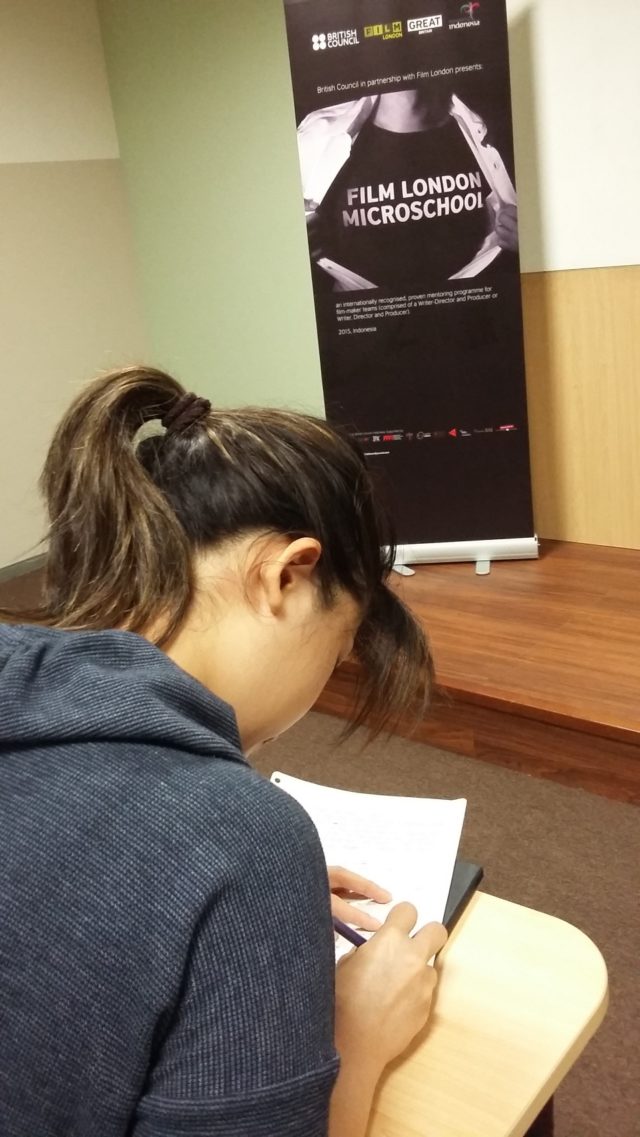 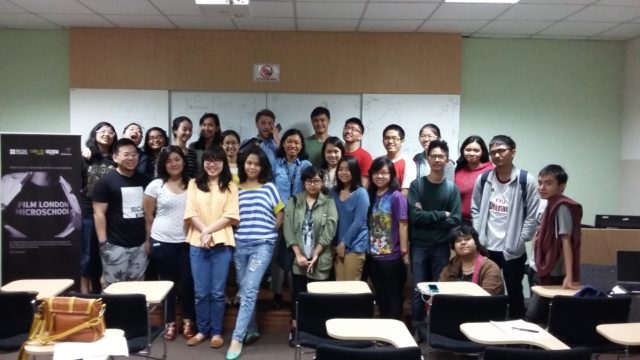