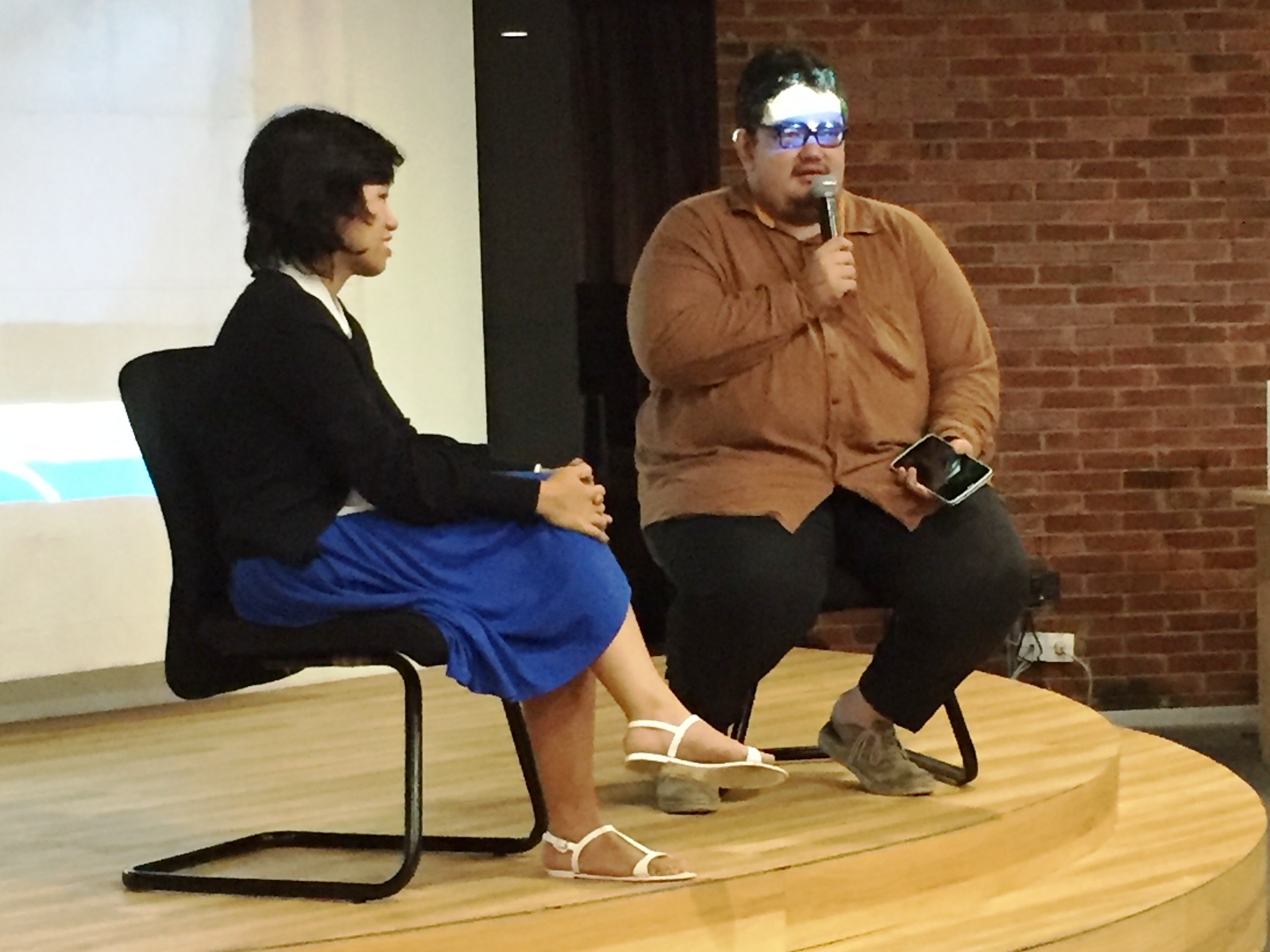 On Friday, 23 October 2015 film industries seminar is talking about “Independent Film Production” and invited an experienced independent filmmaker, Paul Agusta, who is a Director and co-founder of kinekuma pictures, after he began his career as a film critic.

Paul said that the definition of independent film in Indonesia was “the one who makes, sells, and promotes the film.” And all of Indonesian filmmakers are independent because the makers of the film are also the one who promote and produce the film. Paul said that the challenge of working independently is not making as much money, so most of the crew has side jobs or businesses; because in Indonesia, there is no industry, there’s only exhibitors. There is a television production industry but there’s no film production industry; the large production companies are extensions from the television industry.

He said, in Hollywood, every single profession in the film industry has a union and set standard of payment. They also have a clear division between producers, distributors and exhibitors. But in Indonesia, everybody does everything by themselves and film workers very rarely get life insurances; so if he/she died in the progress of making a film, no one will pay to your families, and very minimum government support. People become filmmakers because they want to make movies. Don’t do it just because you think it’s cool or if you wanted to become rich, because the chance of that to happen is very low.

After that, Paul showed us the two trailers of his feature-films. The first film was called “At the Very Bottom of Everything” (2010) and the it was about bipolar sufferers. The purpose of making this film was to visualize what’s inside the head of bipolar sufferers. The second film was “Parts of the Hearts” (2012) about LGBT. None of them were distributed in theaters here in Indonesia because they didn’t pass the censorship. So he brought the films abroad for submission to the festivals and make their own screenings in Indonesia.

The most important tips that Paul gave us was: if want to become a filmmaker “make and maintain networking and friends, because film is collaborative arts so you can’t do it by yourself and the worst thing is an ego.” People help for your vision to come true so you must help them if they need you. He also advised not to send your film to the distributors before screening first or put in festivals.