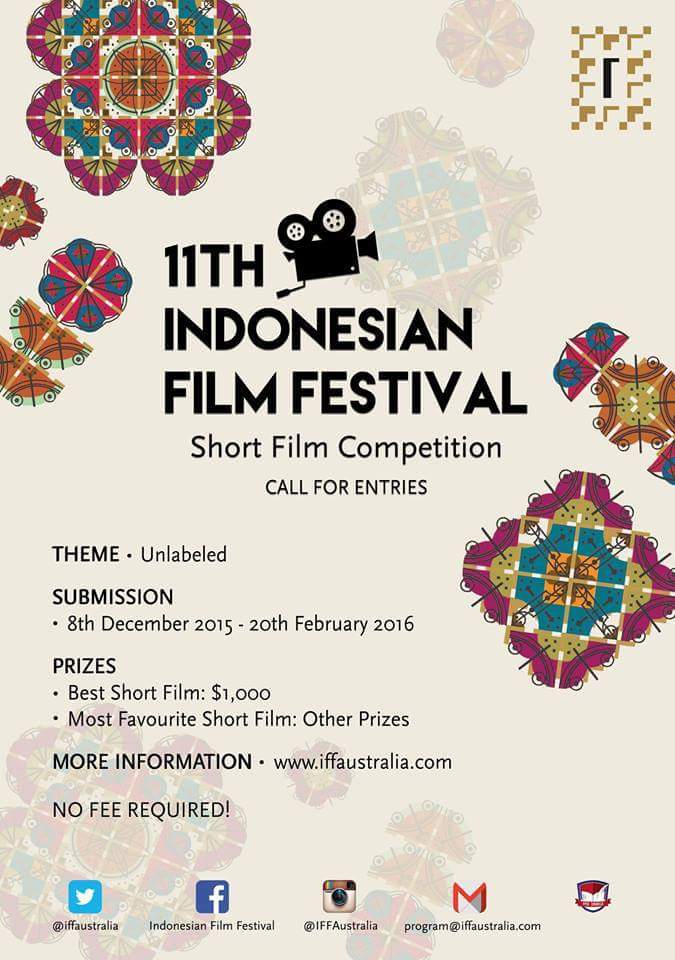 IFF Short Film Competition is back in searching for the best short filmmaking talent throughout the world. The competition is open world wide with no restriction of originating country. 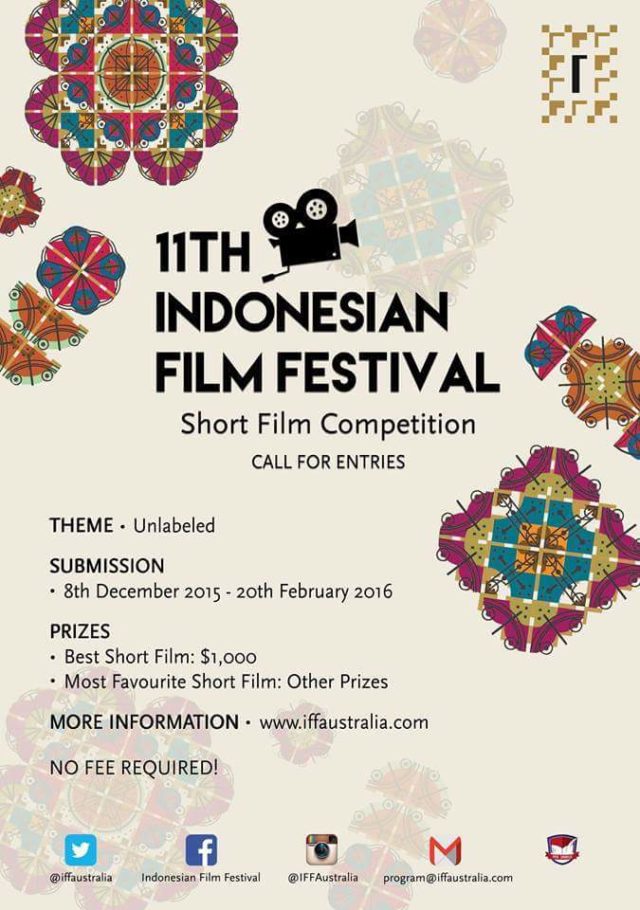 Two short films will be selected to be present as : “Indonesian Film Festival Best Short Film” and “Most Favorite Film” and This year, IFF Short Film Competition brings special theme that arise from social issue in Indonesia and the world. With the presence of diversity in the world, label becomes very important in the society. Then we wonder what happened if showcased in one of our series of events.

we start to not labeled things including ourselves?

Through this year theme:

We are currently accepting entries until 20th February 2016. It’s your time to show the world your film! Register at:

Most Favourite Short Film: Prizes to be announced + certificate