2016 and the Rise of Indonesian Film Viewers 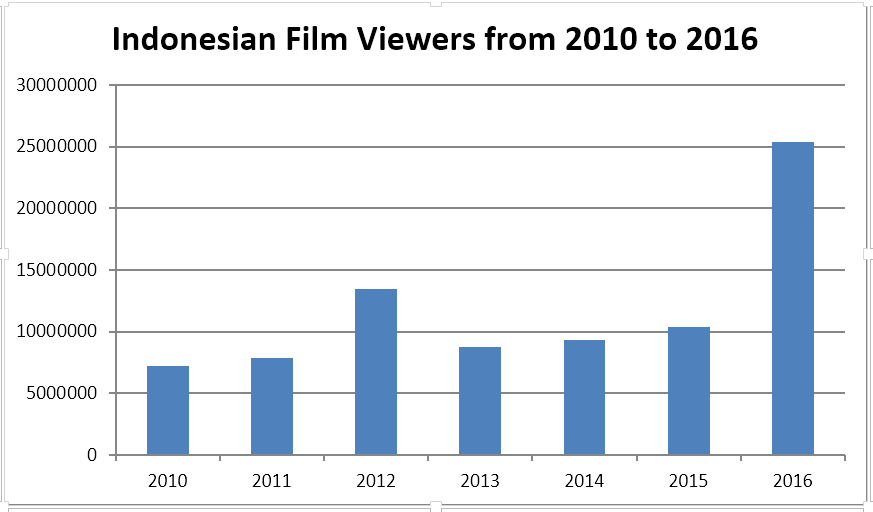 2016 has been a phenomenal year for Indonesian films. Not only we have several films produced this year as the top films with the highest number of viewers of all time (number one occupied by “Warkop DKI Reborn: Jangkrik Boss! Part 1”, directed by Anggy Umbara), by 15 December 2016, we can see that the top 15 films of each year has been significantly increased since 2010, with the number reached 2.5 times last year. 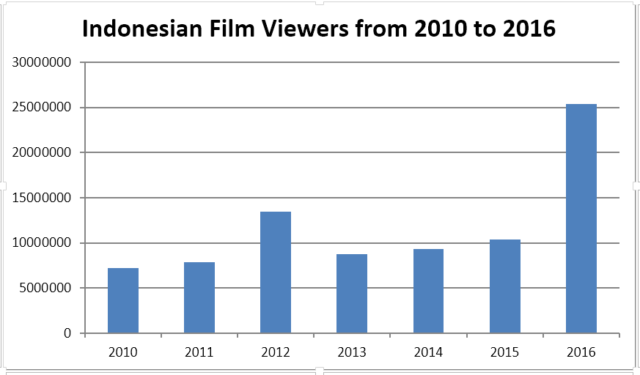 This can be caused by a lot of aspects. The increased of screens all over Indonesia with more major and alternative players in film exhibition field can be one of them. But let’s take a look at the top three films in 2016, all of which got into the top 10 most viewed films in the history of Indonesian films. 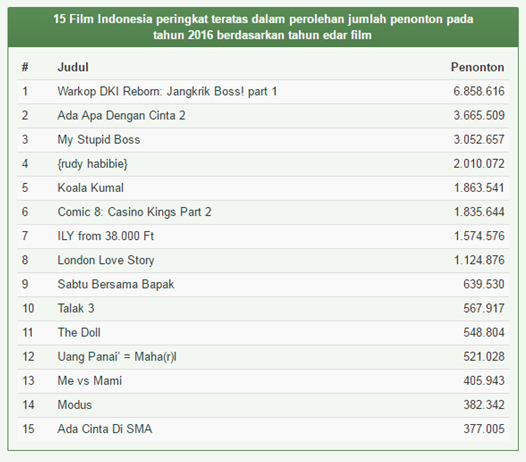 Table 1. Top 10 Most Viewed Indonesian Movies of All Time

The top three films in 2016 are “Warkop DKI Reborn: Jangkrik Boss! Part 1” (Falcon Pictures), “Ada Apa dengan Cinta? 2” (Miles Films), and “My Stupid Boss” (Falcon Pictures). What could possibly cause them to break the records of most viewed Indonesian movies of all time?

In showbiz, a successful product is the result of good marketing. All of the films mentioned above have its own unique marketing strategies. “Warkop DKI Reborn: Jangkrik Boss! Part 1” sold pre-sell tickets online months before the film was screened in the theaters. “Ada Apa dengan Cinta? 2” released a short film to build the anticipation of the reunion of its first film back in 2002. “My Stupid Boss” is adapted from a bestselling novel and take the angle to ask people to watch it together with their co-workers so they can laugh together at their bosses. However, there is a red line which unify all these three films: nostalgia. All of these three successful films built on something else that is already successful before. The idea of recreating the trio Warkop in “Warkop DKI Reborn: Jangkrik Boss! Part 1” as well as the reunion of the stars of “Ada Apa dengan Cinta? 2” and “My Stupid Boss” (which main characters co-starred in “Habibie Ainun” in 2012.

The formula of creating something out of something else that is already successful before is not a new concept. However, since it seems to be working particularly for the top Indonesian films in 2016, it seems like there are going to be more of it coming in 2017. But, whatever happens, let’s hope that Indonesian films can reach more viewers in the future.