Europe on Screen (EoS) is the longest-running international film festival in Indonesia. Held the first time in 1990 under the name of “European Film Festival”, followed by the second edition in 1999, since 2003 the festival became an annual event under the current name of Europe on Screen. 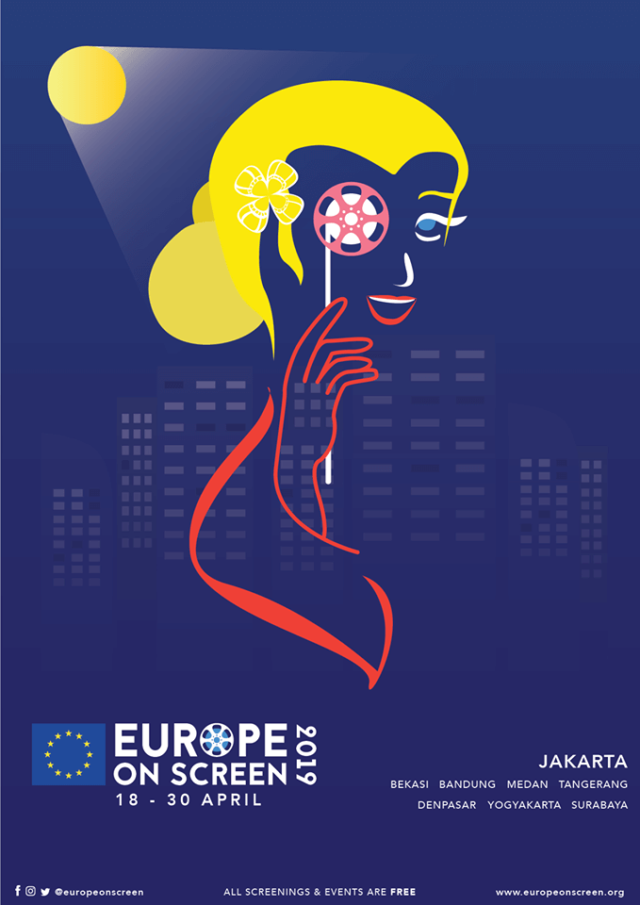 The festival primarily screens the high quality film from European Union (EU) countries, and other participating European countries with representatives in Indonesia. The program comprises of film screenings, and other film-related events such as workshops, discussions, competitions, exhibitions, open air screenings, and many others. Most of the screenings and events are held in cultural centres, with supports from educational institutions, alternative cinemas and other types of venues.

Jakarta is the anchor city of the festival, with 90% of the screenings and events are held in the city. The rest of the program is held in various cities across the country, such as Bandung, Medan, Denpasar, Surabaya, Yogyakarta, Bekasi and Tangerang. Other cities such as Makassar, Banda Aceh, Banjarmasin and many others have also participated in hosting the festival in the past.

On average, the festival screens 80-90 films and film programs in a year, with around 200 screening times within 10 days of festival. Average number of audience is around 20,000 spectators.
The festival also maintains active presence in social media, with official accounts in Twitter and Instagram @europeonscreen and Facebook of Europe on Screen.