On Monday morning, Hanif comes to school fully prepared with pile of papers on his hands. As he sat on his seat in the examination hall, he notices a friend of his who is shown using a calculator while doing his work. He comes up to him and asks him what the calculator is used for. Fadhil, the name of the friend, tells him that he is preparing for today’s Mathematics exam which surprises Hanif as he studied for History. Hanif reaches into his bag to pick-up his time table which has History on its schedule. As he hands the paper to Fadhil to show him, Fadhil is confident that Hanif received the wrong time table as there are so many students from every class with the name Hanif. Having only 30 minutes before the exam to start, Hanif decides to cheat his way out by scribbling on a cheat note and on his desk. Things got worse when the teacher in charge, Pak Budiman, comes to class early and caught Hanif in the act. He gives Hanif a last warning as the exam has not yet started but if he is caught cheating during the exam, he will seriously be expelled. Hanif decides to allocate one of the cheating notes that was not caught inside his shirt and decided to try his luck. 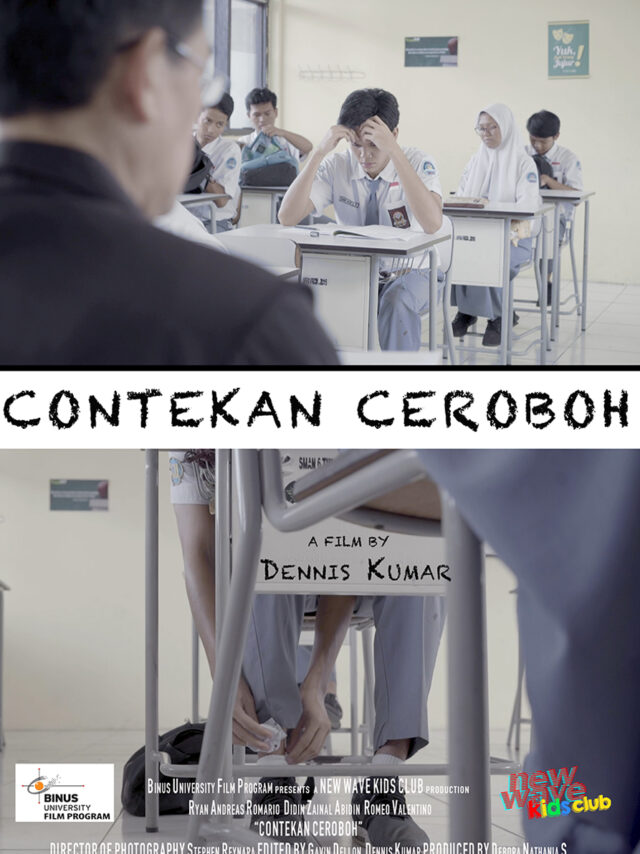