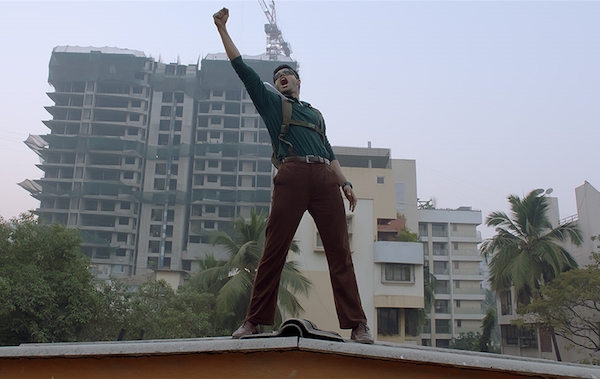 While the stereotype of Indian films always involves singing and dancing, The Man Who Feels No Pain offers something totally different. It tells the story of Surya (Abhimanyu Dasani), a man who has the rare condition of Congenital Insensitivity to Pain, which literally makes him feel no pain. But when people might think that this can be some sort of superpower, it actually makes Surya more vulnerable, as he cannot understand the concept of pain as the measurement of his wellbeing.

Raised by his overprotective father who treats his condition like a curse, Surya often seeks solace from his grandfather (Mahesh Manjrekar) who secretly teaches Surya to survive in the world by (1) pretending that he feels pain and say ‘ouch’ every time someone hits him, (2) to drink plenty of water to stay hydrated, and (3) to learn martial arts from films on VHS. When Surya is bullied at school, it his classmate Supri who helps him to escape. In Supri (played as an adult by Radhika Madan), Surya sees a damsel in distress, as she and her mother have always been abused by her father. When Surya decides that he will fight against Supri’s father and nearly kills him, residents in his apartment complex start to see him as a threat and force his family to move to a new home. Surya’s father keeps him inside to protect him from the outside world, and vice versa, to keep Surya from accidentally harming others.

A few years go by and it is time for Surya to go out and see the world. But, being raised by two single men, Surya acts and thinks like a boy, often lost in his daydreams. When Surya and his grandfather go to see his old apartment complex, a series of event accidentally reunite Surya with Supri, now married to an abusive husband. Even though she has learned how to fight from Mani (Gulshan Devaiah) the one-legged Karate master who was Surya and Supri’s childhood hero, she is still a damsel in distress. Her abusive father sees her husband as his son and even advises him to slap Supri to make her obedient. 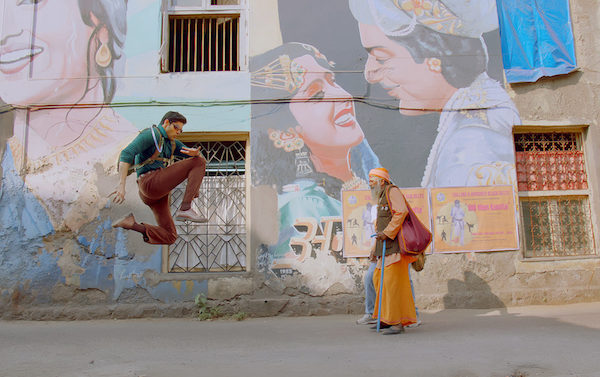 Rich in imagination, pop culture references, as well as experimental shots, director Vasan Bala successfully combines action, comedy, drama, and fantasy in The Man Who Feels No Pain, which is his second feature following the crime thriller Peddlers (2012). Within the unconventional story structure, Bala dares to let his creativity run wild. For example, Bala utilizes a montage paired with a song, which describes the events of the backstory of Mani and his twin brother, Jimmy. He also uses a very effective extreme zoom out for Surya and Supri’s first night together, beautifully conveying that the experience is out of this world for the innocent Surya. In Surya’s daydreams, Bala uses different techniques, from slow motion to animation. He also shoots the final action sequence with rain pouring down which creates a dramatic effect.

But what really makes The Man Who Feels No Pain refreshing in comparison to more typical Indian films is the fight sequences. Even with a combination of action and comedy reminiscent of Stephen Chow’s Kung Fu Hustle (2004) and Hollywood-style cinematography, this film still feels authentically Indian. No wonder that it won the prestigious Midnight Madness audience award at the Toronto International Film Festival in 2018, alongside David Gordon Green’s Halloween and Sam Levinson’s Assassination Nation.

The Man Who Feels No Pain is showing at the London India Film Festival 2019 on June 21 and 22.