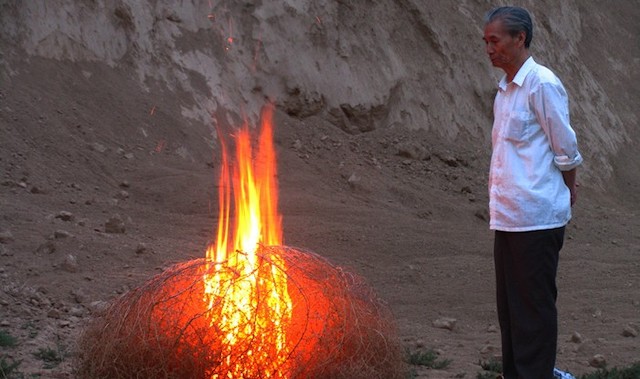 Documentary Spark tells the story of its namesake, an underground magazine published during the 1960s by university students in Mao’s China. The magazine was born out of a restless need to report the death toll from the famine that was caused by Mao’s Great Leap Forward. Despite the editors’ realization that the regime already knew the size of the catastrophe and did nothing about it, the publication transformed from being an internal platform to circulate the writers’ thoughts into a published magazine with the intention to usher change from China’s State Communism to Democratic Communism. Eventually, these editors and writers were captured and punished by the regime. Some were even executed.

Produced on a low budget over the course of eleven years, from 2008 to 2019, Spark does not have high-definition visual quality. Instead, Hu Jie’s documentary consists of an oral history approach, resulting in grainy images of talking heads with B-rolls, some choppy editing, and un-staged interview scenes that seem to ignore their entire mise-en-scene. As a part of his style, Hu Jie uses a lot of ambient sounds instead of music in transitioning from one scene to the other. However, rather than making it look or feel amateurish, it adds to the urgency of the story told by Spark’s surviving editors, writers, supporters, readers, as well as the children and family of the deceased and executed members of Spark. Hu Jie is also successful in recording the testimonies of witnesses of events related to Spark as well as relevant government officials. The result is somehow poetic: the juxtaposition of the stories with articles and poems from Spark, photos, along with the interview footage. The story was built into the very last scene, which in my view is the strongest of them all: one of the subjects makes a fire at the spot where his fellow comrades had been executed more than forty years ago, dissolved to the reading of a Lin Zhao’s poem about fire and a dedication text “to all the heroic souls who stole a spark of fire for the Chinese people in the darkest years,” followed by the names of the imprisoned, punished and executed members of Spark.

Authenticity is one of Spark’s strongest point. Aside from activism, some of the writers found a different kind of spark in the form of a romantic relationship between them. As a filmmaker, Hu Jie dares to play with his camera and editing style, peeking in one interview on a breastfeeding toddler by zooming in the camera lens. In an another interview, the phone rang, resulting a confused look at the subject’s face. Hu Jie told him to get the phone. Then, cut to a B-roll, Hu Jie explains that the person making the phone call was telling the subject not to give an interview with him. This shows the audience of how now, even after more than fifty years after the events, people are still being shadowed by fear in talking about the darker episodes of China’s history. The story told in this film is one that is still considered taboo by contemporary Chinese people and is not being written in China’s history books.

Hu Jie is meticulous in piecing together the almost-forgotten history of Spark. This is shown by his efforts to construct an accurate timeline through cross-checking the stories told by different subjects about the same events. His editing puts the same stories told by different people one after the other. While this can be seen as redundant, it helps the viewers spot out any differences between each person’s version of events. Ultimately, the viewers benefit, as each person’s recollection of events paints a more complete picture of history.

Spark is available as part of the dGenerate Films Collection from Icarus Films.