Kabul, City in the Wind 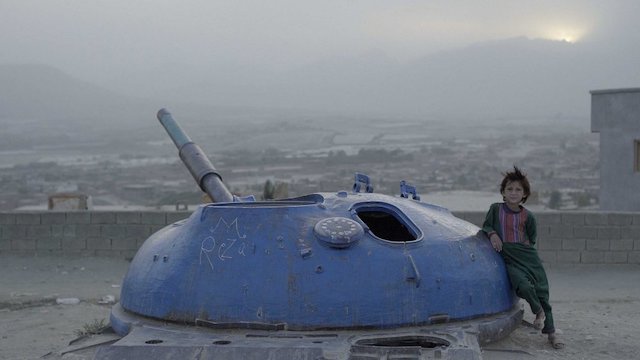 Aboozar Amini’s documentary Kabul, City in the Wind is a film with a metaphorically and literally apt title. Not only is Kabul a windy city, life in the city is a precarious affair akin to a tree being swayed by ever blowing winds. The film depicts the life people living in a city where terrorism and the buried remains of past conflicts are mundane facts of everyday life: children playing on half-buried husks of tank turrets, and adults casually talking about the death toll of a recent terror attack like it is a mugging.

Kabul, City in the Wind follows two storylines with three central characters and others who live in their periphery. Abas, a bus driver, is in a limbo. He struggles with his urgent need of money to fix his rickety bus in order to be able to get money for his daily needs. He has not supported his three children in a long time. Instead, the whole family were supported by his wife who has been making money selling stitch crafts. On another side of the city, Afshin, who is barely a teenager, has to bear the responsibility of the head of the household and takes care of his younger brothers when his father, a former soldier, has to leave for Iran for personal safety reasons. From this, we learn that such displacements are commonplace in Kabul. Many of the city’s denizens are those who sought refuge after the specter of war hounded them from their homes, but had to stay in their newfound home despite the looming threat of terror attacks.

In post-conflict/-war life of Kabul, the conflict that passed through in the history of the city shapes the city to be its own character with the shadow of death as part of his personality. The characteristics of the city are such that in the wind, blows through even to the lives of its citizens. Kabul’s people seem to live a life of constant worry: the worry of death by terrorism, the worry of poverty, the worry of physical safety, and other worries that are presumably far from the minds of most people. But while these people voice their worries on camera, they seem to have resigned to accepting their plight with a kind of relaxed indifference which would elude most people put into the same circumstances. It is as if either the city has broken them, or helped them transcend the barriers of precariousness to the point of banality. 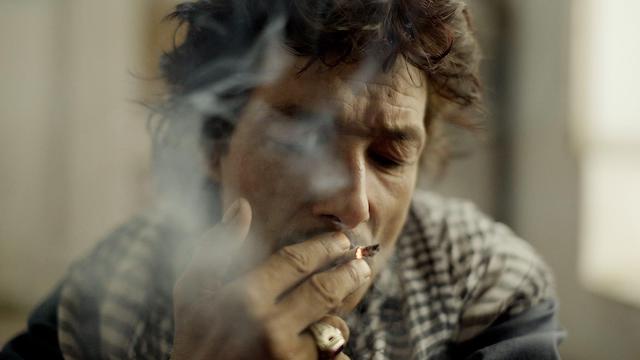 Amini seems very patient, quiet, and does not force the narration, letting whatever is in front of him unfold by itself. When he interviews the characters, he leaves them to pour out their hearts without being in a hurry, creating such intimate conversation-like scenes between the characters and the audiences. Amini does not direct his subjects to a particular conclusion. Instead, this particular interviewing technique creates a comfortable atmosphere for the characters of this film to talk to the camera freely and at their own pace. Amini does not overwhelm his audiences with unnecessary details of the characters and their lives. In fact, he tends to let things flow by itself so the audiences can experience the lives of these people in a polite manner.

With the use of rather washed-out, ground colors, this film might seem rather mundane for any blockbuster moviegoers, but it is suitable for audiences who like watching documentary films that depict slice of life, where life goes on and on without necessarily come to a conclusion or preached lessons.

Kabul, City in the Wind is showing as part of the Aperture: Asia & Pacific Film Festival & UK Tour 2019.