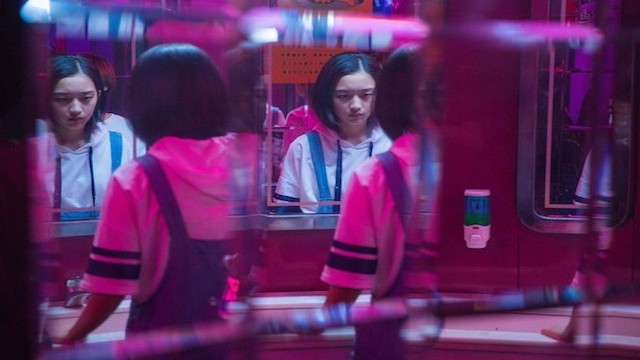 Zhou Sun’s debut feature Summer is the Coldest Season is a coming-of-age drama about a thirteen-year-old girl who lives with the memory of her deceased mother and the shadow of her loser father. In nonlinear cuts between past and present, Sun slowly reveals how Li Jiahe (Deng Enxi) must live with the cruel twist of fate that took the life of her mother, instead of her father (Wu Guohua), whom she secretly blames for what happened to her mother. The opening scenes immediately present Jiahe’s tortured everyday life at school, where her fellow students bully her because of her body odor, which they claim is like the smell of meat since her father works as a driver in a slaughterhouse. However, small details show the real truth behind their motives. Jiahe is the smartest pupil in her class, so they attack her from the easiest and meanest angle possible for teenage girls – her physique.

To complicate things, during that summer, Jiahe accidentally bumped into Yu Lei (Li Gan), a slightly-older good-looking bad boy who just came back from a reformatory school. While Sun cleverly presents us with all the puzzle pieces from the beginning of the film, she skillfully leaves us guessing for each character’s motivation towards one another as the scenes unfold before us. As a female writer/director, Sun successfully shows the tension between Jiahe and Lei without letting her camera, or the male characters, gaze inappropriately. This leaves Jiahe pure and innocent, even with her dark thoughts and grudges. Entangled within these two layers are the backstories of Jiahe’s parents and how they came to love each other unconditionally, Lei’s friends and uncle, as well as Lei’s connection to the death of Jiahe’s mother. 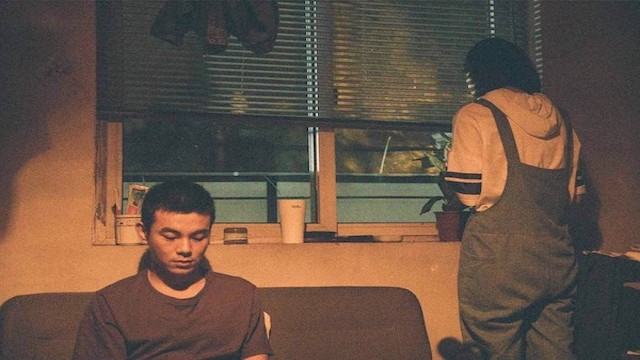 Using a 4:3 aspect ratio and close-ups, Sun creates a suffocating space for Jiahe. She is not afraid to show details and therefore forces us to get closer to the characters. In an underwater pool scene at the beginning of the film, the camera moves back to reveal Jiahe completely alone, closing her eyes and hugging herself in a cocoon, trying to protect herself from the cruel world around her. For me, as a woman in my early 30’s, this treatment brings back bittersweet teenage memories, creating an awkward relatedness towards Jiahe. It successfully makes me, and I think most in the audience, understand the way Jiahe navigates her complicated feelings toward others and forgive her rebellious innocence as a phase we went through during our teenage life.

Sun picks the tender age of thirteen going on fourteen for her protagonist, as this is such a transitional time when a girl usually has her first menstruation and therefore goes through a life transformation caused by hormones. Framing the story during that period enables Sun to mix Jiahe’s childish innocence with her soon-to-be-adult desires to be close to Lei as an attractive man. Deng Enxi, whose age was the same as her character’s during the filming process, plays the lead role perfectly with a natural, makeup-free look and worn-out, childish clothes, which most likely bought by her mother before she passed away two years ago. Wu Guohua is also convincing way as a confused father who attempts to reconnect with his teenage daughter while trying to make ends meet. If every film has a love story, for me this film’s love story is not between Jiahe and Lei, but between Jiahe and her father instead. As the two confront their own deepest hidden emotions and make peace with one another, the can finally cope with the death of their beloved mother/wife and move on with their lives as father and daughter.