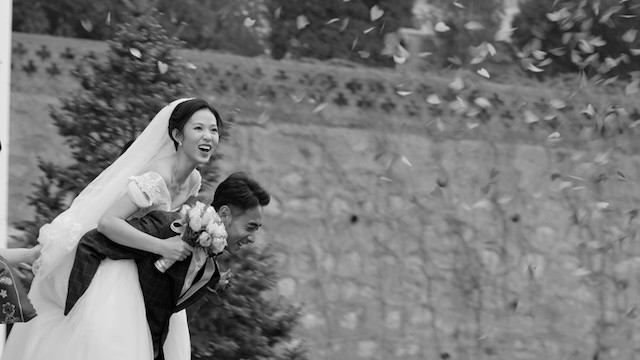 Zhang Xian’s feature debut Best Director tells the story of a young Beijing-based director (Jin Jingcheng) who visits his hometown with his fiancé (Jiang Chuyi) to seek the blessing of his parents for a travel wedding. Things get out of hand as one conflict after another appears and messes up their plan.

At first glance, I was bewildered by the contrast of its high production value—its professional cinematography style and its well-thought-out mise-en-scène—which goes hand in hand with farcical scenes and stereotypical characters. One question after another appeared in my mind as I went on watching the film: why does the film have to be in black and white? When the scenes are theatrical and poetic, why do the characters seem to react in such an over the top manner? Towards the end, I surmised that the whole film is staged in such an intriguing way to intentionally contrast and confront different things—from old tradition with modern thinking to highlighting the many points of intergenerational conflict. Naturally, such contrasts are best shown through the long process of a wedding.

A particular point of interest is the character of the bride, who seems visibly repressed throughout the whole affair. Watching this, I reflect on how it tends to be the opposite in western culture, wherein the bride runs the show, sometimes to the point of being a ‘bridezilla.’ This term combines the word ‘bride’ and ‘Godzilla’ to show a bride-to-be who gets out of control from her earnest attempt to have a perfect dream wedding. In this light, this film also highlights the difference between eastern and western perspectives on a wedding. In the West, it is centered on the bride and groom, while in the East, it is more of a community celebration, where the parents, extended family, friends, and even the whole town contributed to the festivities. 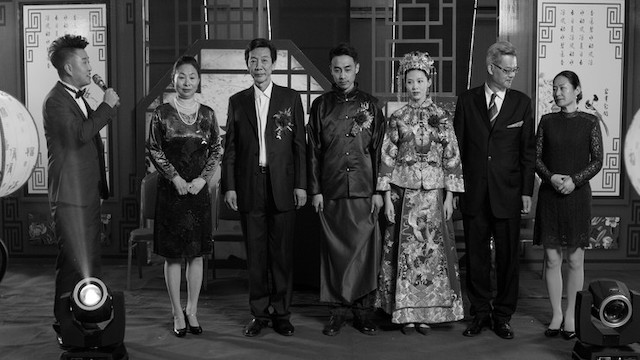 As the film eventually switches from black and white to color, the chaotic version of the opening scene depicted in monochrome is suddenly juxtaposed with a seemingly serene version of the same event that is full of love and understanding, yet absurdly bland. There is a sense that Zhang deliberately downplays the extramarital pregnancy and the couple sleeping together in the same room. These two usually definite eastern taboos not only spearhead the wedding but also prove a point that the black-and-white version is the reality of chaos, where everything can go to the extreme and unexpected ways. He also shows that this reality somehow happens in the fantasy realm by adding some theatrical elements to some of the scenes, making it hard for its audience to separate the real and the imaginary.

It is clear to see Zhang’s attempt to show two alternate versions of the same parallel universe, where the characters live through the same realities yet react in two different directions. However, I read Zhang’s two alternate realities as the extreme ends of the spectrum. The first one is of the black-and-white and super dramatic option, where everything spirals down and leads towards the worst ending of the main character. The other one is of the colorful yet bland world where everybody acts appropriately and understands each other yet seem too-good-to-be-true. In reality, I feel uneasy with both versions and therefore conclude that Zhang appears to say that life is a negotiation of the two worlds. It lays somewhere in the middle of the two varieties he offers: in the gray area—where even when people communicate their feelings, they still can get adverse reactions. Yet, we always try our best to navigate through it.