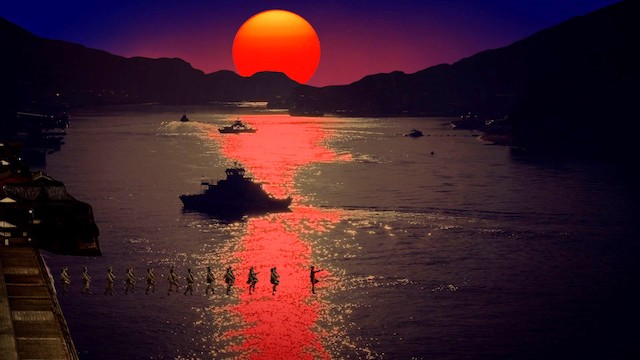 Nobuhiko Obayashi’s final opus Labyrinth of Cinema takes us on a journey of Japanese cinematic history and literature, especially during the early Showa period until the end of World War II. As the title suggests, watching the film is like stepping into a labyrinth with sudden turns and twists—leaving the audience wondering about the narrative of history, film as a form, as well as the cinematic experience itself. And just like watching any film will give us an immersive experience of following the story as if we are part of the scenes, even though most of the time we cannot see where it will take us, we know that there is a grand design, a way out, an ending to the story. Known as the father of Japanese experimental films, Obayashi seems to have envisioned this film by thinking about cinema at a meta-level. With each unexpected twist and turn that ventures outside the realm of storytelling: the film changes stories, styles, genres, and even forms throughout its running time. Both experienced cinephiles and new film enthusiasts—who know nothing about film lingos—can still learn new things within the three-hours duration of the film, as it combines a lot of filmmaking techniques and gives away trivial things as parts of the story. In one scene, a character asks, “Why am I black and white? Why am I subtitled?” On another scene, the viewers are informed of ‘streaming,’ a process to combine two film reels to play back-to-back during the analog film era. All these show that Labyrinth of Cinema is truly Obayashi’s love letter to the medium. 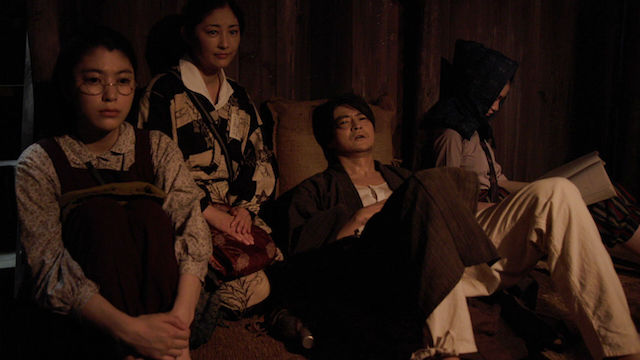 Made while Obayashi was battling lung cancer, the sense of impending doom bleeds into this film. The film itself is told in different levels: the level of a cinema theater introduction, the level of a film narrator who tells the story in a spaceship with fishes flying around him, the level of cinemagoers who watch a war-film marathon in the last night of a closing theater, and the level of the characters of the films. The boundaries between all these levels are blurred throughout the film, causing characters to move from one level to the other casually—just like when we imagine ourselves to be a part of the scenes of the films we see. As a woman filmmaker, I cannot help myself thinking that Obayashi depicts critics toward gender role imbalance in cinema through this film. The three male cinemagoers seem to represent the male gaze in mainstream cinema. This representation makes sense when seeing the oversexualized—yet, nipple-less—and overdramatic depictions of the women characters on screen. In one scene, a female pimp falls on the floor and is ravaged by men after seeing her prized working girl commits suicide by biting her tongue. This incident happens after the working girl gave herself to a guy—projected onto the screen by one of the male cinemagoers. The working girl’s death then serves as a pretext for the male hero of the film to overact in mourning her. It seems that Obayashi is commenting that a woman could only gain agency through death. 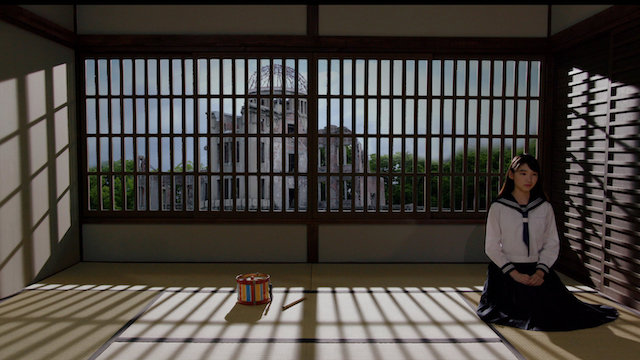 However, the central theme of this film is Obayashi’s opposition towards war—as Labyrinth of Cinema is made right after his modern anti-war trilogy: Casting Blossoms to the Sky (2012), Seven Weeks (2014), and Hanagatami (2017). However, his other films, such as a cult horror film House (1977), appear to have influences Obayashi’s style and form in Labyrinth of Cinema. Shot in a variety of ways—on location, in a studio, and with a green screen technique—this film shows how films were made in the early 1900s. But it also makes sense from a logistical manner, as the director might not have been able to always shoot on location due to his cancer treatment. It is poignant, as Obayashi returned to his old way of writing, producing, directing, and editing on his own for this film after some time engaging others to produce, write or edit for his directional films. In this light, with his passing a few months ago, Labyrinth of Cinema celebrates Obayashi’s 60-years career, which comes to a full circle.

Labyrinth of Cinema is streaming as part of JAPAN CUTS: Festival of New Japanese Film from July 17-30.