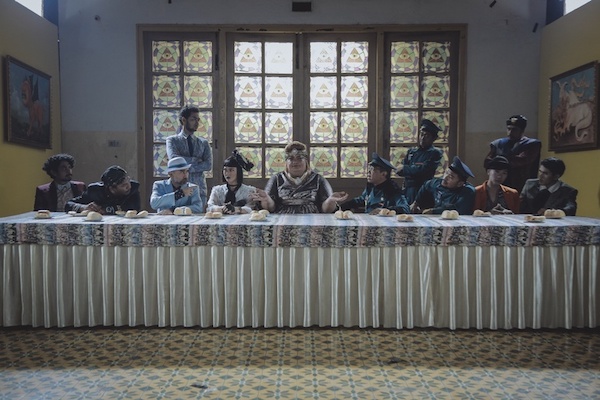 Faozan Rizal is one of the most prominent Indonesian cinematographers. This is why in his directorial feature Abracadabra, Rizal emphasizes the beauty of its cinematographic techniques. Telling the story of a magician named Lukman (Reza Rahadian), who insists on refusing to be called a wizard, this film is both stylistic and whimsical. Its symmetrical mise-en-scene and flossy color palette will remind the audience of the works of American director Wes Anderson. On the other hand, its theatrical acting style and over-the-top costume designs make us think of Chilean director Alejandro Jodorowsky. Each character seems to be formed by different sources of inspiration, for example the Frida Kahlo-esque Savitri (veteran Indonesian actress Jajang C. Noer), the gypsy-styled Ashima (another veteran Indonesian actress, Dewi Irawan), and the cabaret dancer-styled Sofnila (Salvita Decorte).

Carrying well-known names in the world of Indonesian cinema, from directors, producers, to the ranks of famous actors and actresses, did not make this film successful in getting a large number of viewers during its theater run. Not only does it have a unique narrative unfamiliar to Indonesian audiences, the story kept raising many questions that goes unanswered even until its conclusion. For example, Lukman’s intention to retire from being a magician serves as the film’s inciting incident. Yet, no explanation is as to why Lukman intends to quit magic. There are faint hints that indicate Lukman is disappointed with the sudden disappearance of his father (Yan Widjaya), but it is not clarified whether such is the case at all. Lukman’s goals constantly shift throughout the film: from wanting to retire, wanting to return the people he accidentally lost in his “failed” magic show, to finally wanting to return to being a magician after successfully vanishing himself in a magic box with mysterious abracadabra triangle inscription on it. 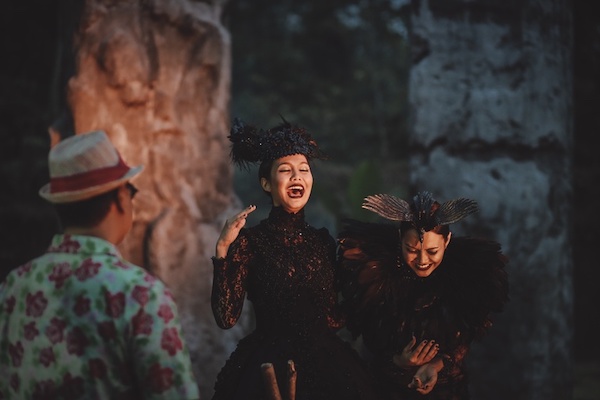 This very box, which is the central object of the story, is called Yggdrasil, the tree of life in norse mythology. However, with such a grandiose name, the strengths and mechanisms of the box are seemingly random. It is implied that the box is some sort of portal that could teleport a person to the Louvre in Paris, or a few hundred meters from their place of origin. But that’s not all what the box does. It can also summon people and things with the word “abracadabra,” an Aramaic word meaning “I create like the word.” In the world of magic, the word abracadabra itself—which actually does not have any magical powers—is used by many magicians to dramatize the tricks they perform in front of the audience. Unfortunately, this film seems to have slipped into that pit: it looks fantastically dramatic without much narrative substance.

The number of female characters who have a strong role in this film also does not make this film a feminist film. These female characters do not have a strong agency and mostly appear as caricature characters rooted in the association of “strong” women with witchcraft. The appearance of the character Zakaria (Paul Agusta) dressed as a woman can actually be interesting as a non-binary representation that is rarely represented in Indonesian cinema. However, again, Rizal as the story writer did not explore this point. But all that said, one of the film’s greatest strength—aside from the visuals, as you can practically make a still from every shot—is its sense of whimsy. If you buy into the air of faux dramatization, the film can amuse you throughout its full running time. Perhaps the film’s title is both a manifesto and invitation to a world of whimsy.

Abracadabra is streaming as part of the New York Asian Film Festival which runs from August 28 to September 12.